Infographic: 3 great ways to use a Raspberry Pi

With the launch of the Raspberry Pi 4, we thought it would be interesting to look at some of the many fascinating ways it’s been used in this Raspberry Pi infographic. The infographic looks at three uses – a smart sprinkler system, a disposable camera that creates animated GIFs, and its use as a witness service to provide quorum for up to 1000 separate two-node highly available clusters, each running StorMagic SvSAN.

An accompanying blog post explores each of the examples in the infographic in more detail.

More information on the capability of SvSAN’s witness can be found on the product feature page, including its incredibly lightweight characteristics that allow it to run on hardware such as a Raspberry Pi, and its extreme tolerance levels. 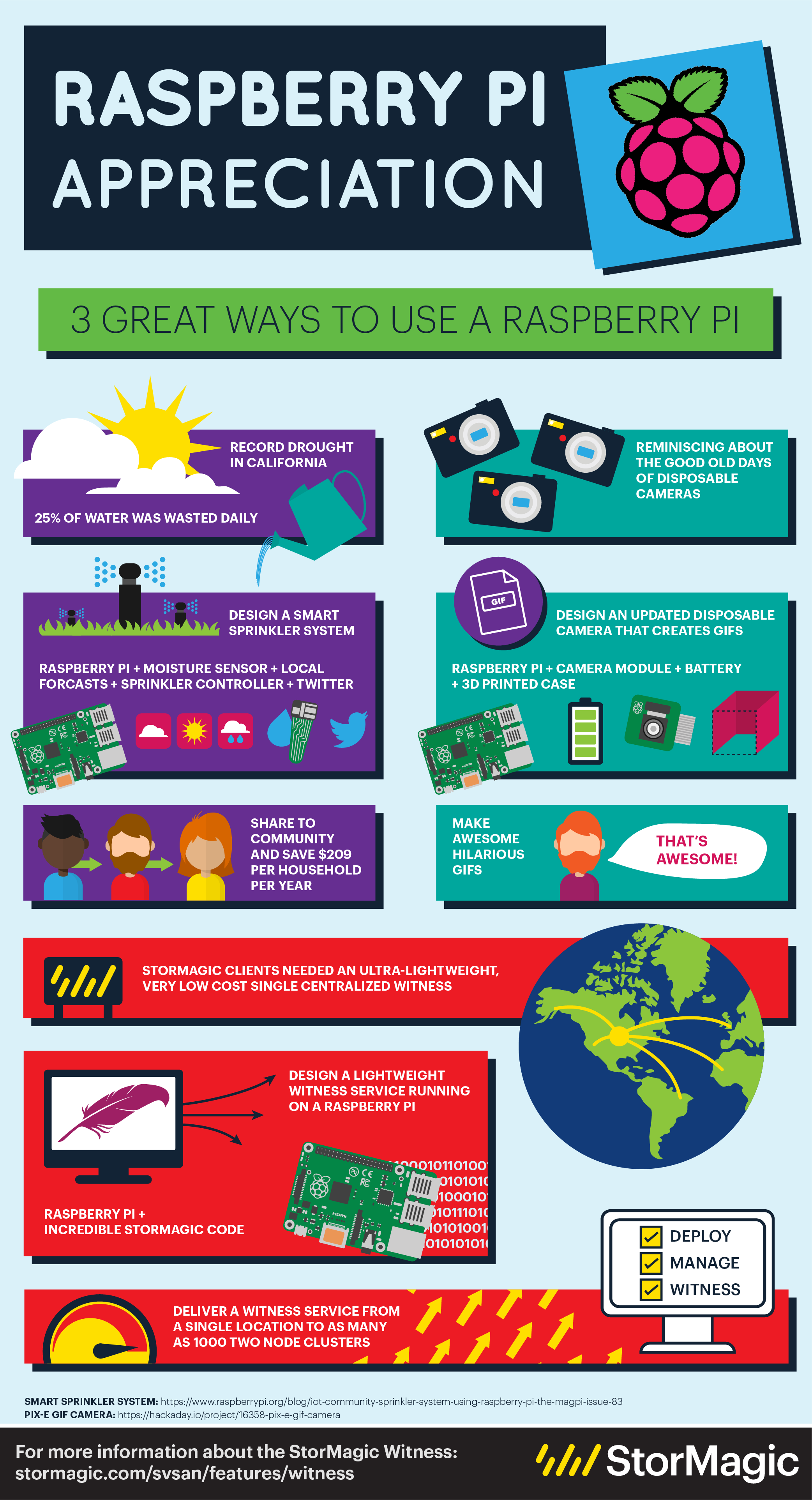 Infographic: Gartner® Voice of the Customer 2021